See this bag? It’s filled with 5 delicious delta-8 gummies… And it's yours FREE

So don’t click away! Keep reading to find out how to get your free bag of delta-8 gummies shipped right to your front door today… 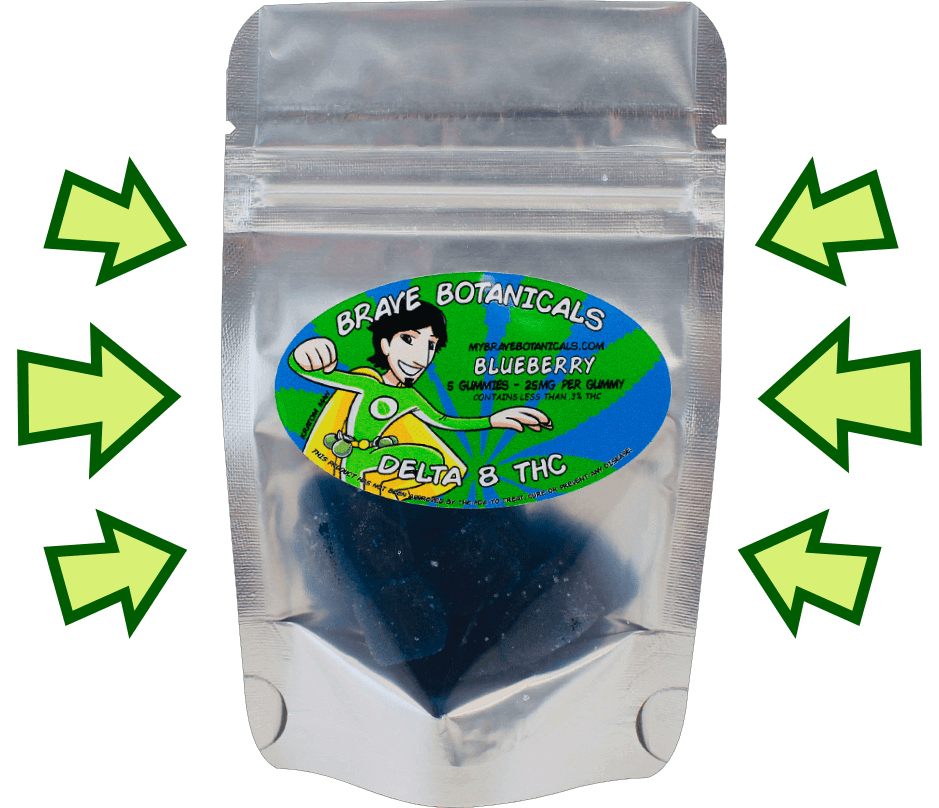 Why am I giving away free delta-8?

Because I want as many people to experience its amazing benefits…

And because the government wants to restrict you from having it – and I’m not going to stand by and let that happen.

See, delta-8 is a revolutionary new type of cannabis.

It’s derived from the hemp plant, just like CBD. But it’s almost exactly like the regular THC found in cannabis, except…

Delta-8 gives you a wonderfully mellow high WITHOUT the paranoia and anxiety often experienced when consuming regular cannabis. It’s used to alleviate stress, get better sleep, relieve serious pain, and simply relax your mind and body.

And because it’s made from hemp, which is federally legal…

Which is why the FDA and DEA are pissed that smart scientists and entrepreneurs figured out a way to give you federally legal THC products.

This is why I’m on a mission to get delta-8 into the hands of as many people as possible!

That’s how potent and beneficial they are.

Each gummy in the package contains 25mg of pure Delta-8 THC derived from high-quality hemp.

And each gummy is bursting with fruity flavor.

Because I want as many people to experience its amazing benefits…

And because the government wants to restrict you from having it – and I’m not going to stand by and let that happen.

Giving away a FREE 5-pack of delta-8 gummies is our small way of “sticking it to the man” while giving you access to an amazing medicinal hemp product.

I’ll cover the costs of the gummies themselves, all I ask is that you cover the small shipping and handling charge so I can rush them right to you.

But before you checkout, I gotta let you know…

The federal government is making it as hard as possible for us to give you these gummies. You know they despise natural health products, especially those derived from cannabis and hemp.

We’re not allowed to accept debit or credit cards to cover the small cost of shipping and handling for your FREE 5-pack of delta-8 gummies.

This is, by the way, the EXACT same BS tactic they pulled on dispensaries when states like Colorado and California legalized cannabis despite delta-8 being legal federally and in the vast majority of states.

Despite delta-8 being legal federally and in the vast majority of states.

I figured out an easy workaround.

It’s the exact SAME payment method you use whenever you pay a credit card bill or your mortgage or transfer money between bank accounts.

Instead of paying with a credit or debit card, you simply pay directly from your bank account.

Just enter your bank’s account and routing number on the secure checkout page to cover the cost of shipping and handling and you’re good to go.

But as you know, they hate any natural health products, especially the ones they can’t tightly regulate or ban.

By giving away a FREE 5-pack of delta-8 gummies!

Join hundreds of happy Brave Botanical clients by entering your name and email to get your FREE 5-pack of delta-8 gummies today!

Brave Botanicals has been featured on: 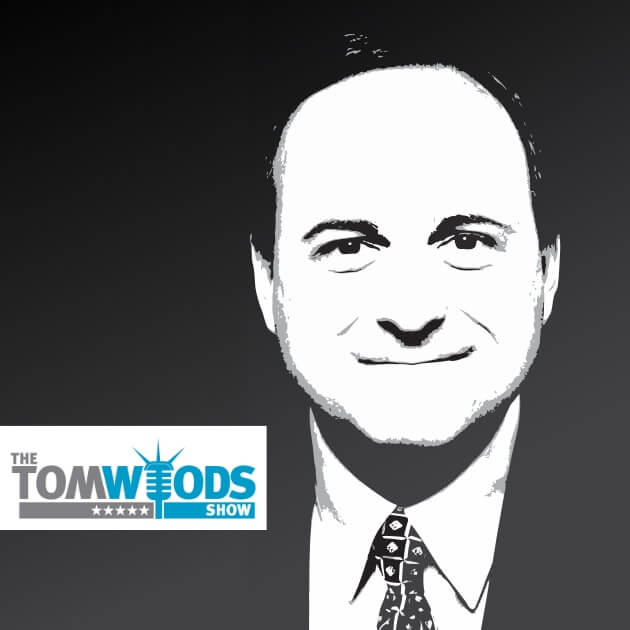 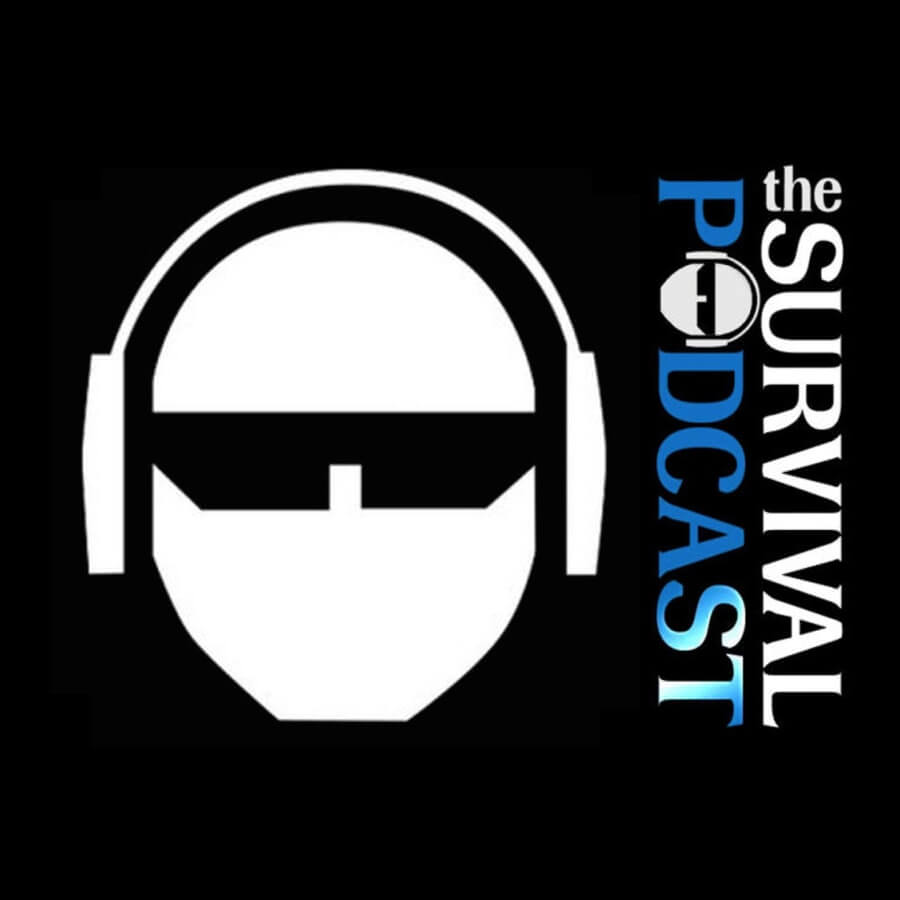 The Survival Podcast
with Jack Spirko 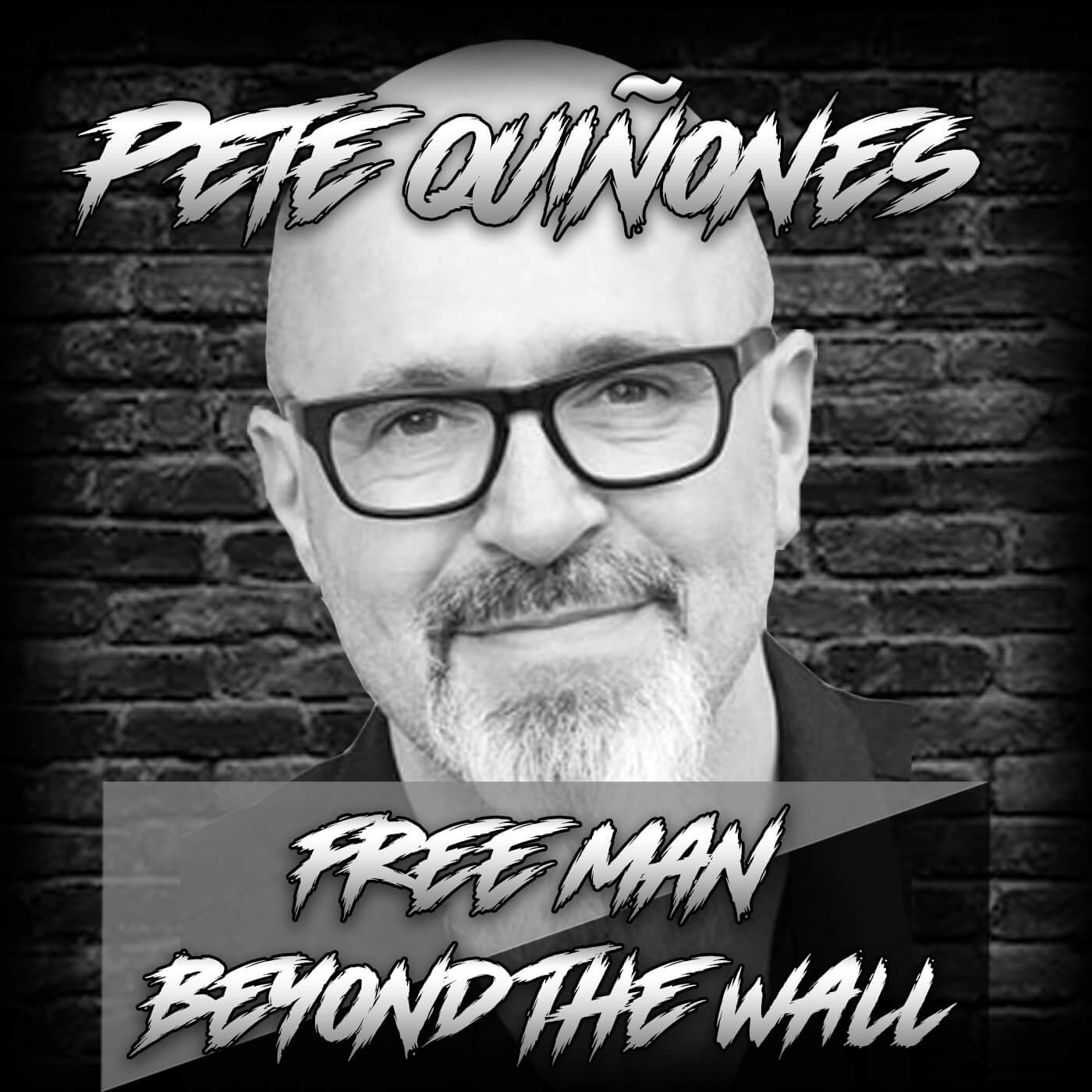 Free Man Beyond The Wall
with Pete Quiñones

When the Farm Bill was signed in 2018, ANY hemp products containing less than 0.3% of THC were legalized. Since delta-8 contains less than 0.3% of “delta-9” THC, it’s 100% legal according to the federal government.

In fact, the DEA has explicitly stated: “At this time, per the Farm Bill, the ONLY thing that is a controlled substance is Delta-9 THC.”

However, a handful of states have set their own rules regarding delta-8 THC.

But the vast majority are keeping it legal.

Here’s a handy map showing all the states that allow the legal purchase of delta-8 in GREEN, and the states prohibiting delta-8 in RED. 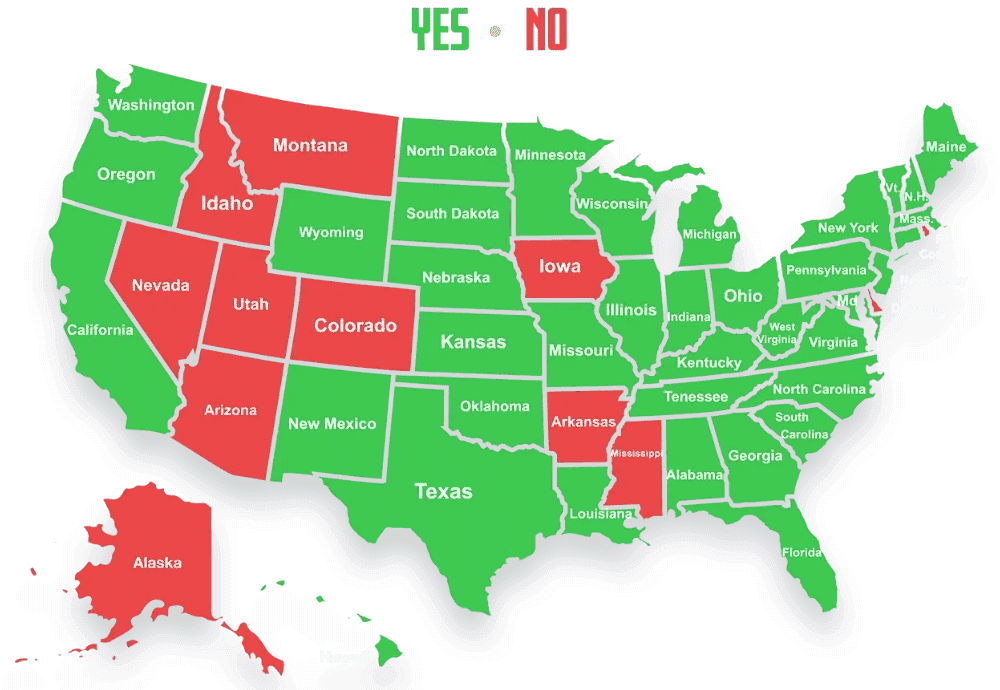 So, what Is Delta-8 exactly? 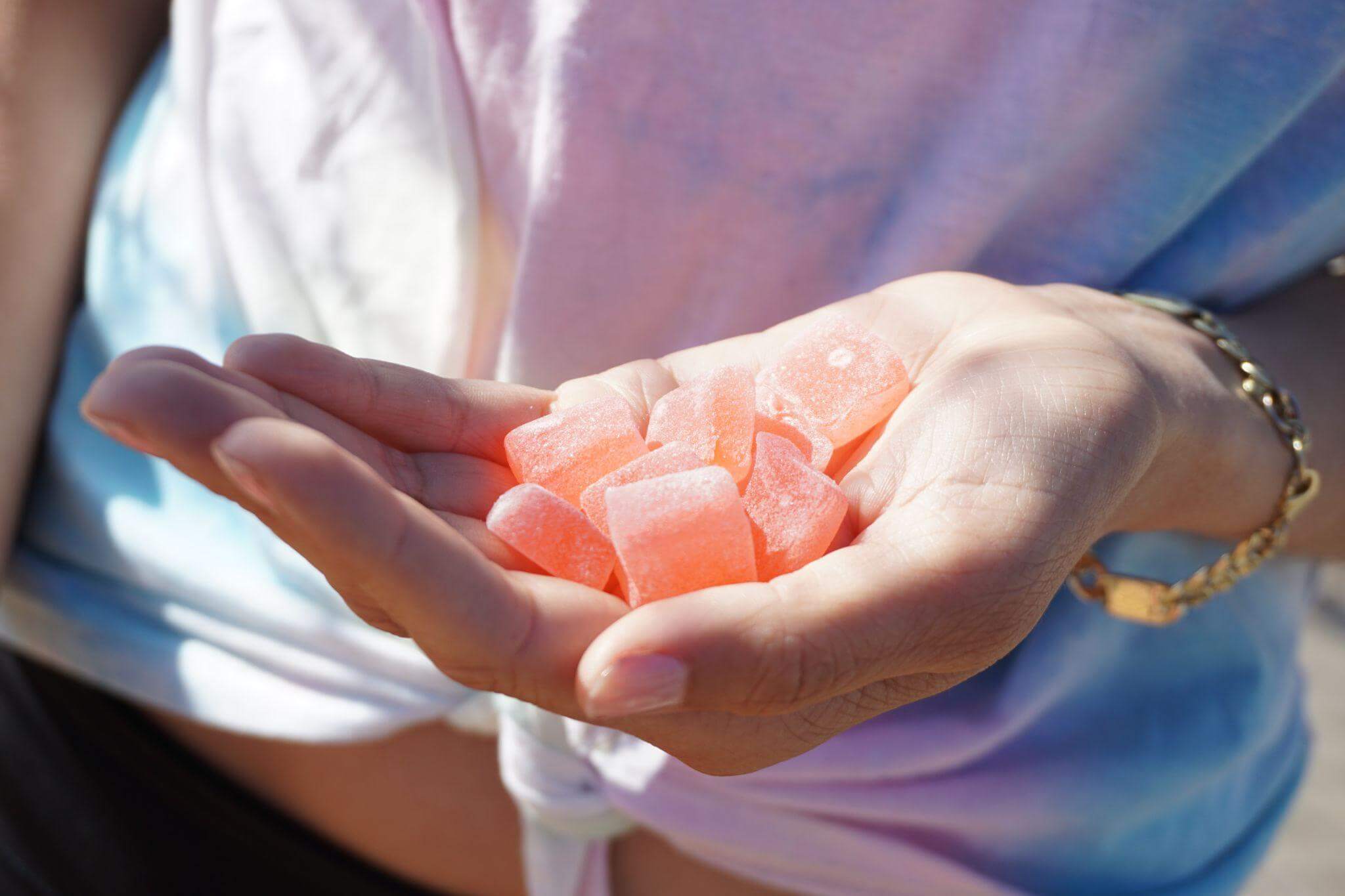 If you know what THC is then you already know half of what delta-8 is.

Or rather, you know three-quarters of what delta-8 is.

What we all call “THC” is scientifically named “Delta-9 Tetrahydrocannabinol.” It’s the cannabis compound that gets you high.

However, delta-9 is extracted from the cannabis plant.

Delta-8 is (currently) extracted from the hemp plant – the same plant that CBD is extracted from. This is why delta-8 is able to be sold in states where “delta-9” is illegal.

Delta-8 interacts with your body just like delta-9, but because delta-8 is extracted from hemp, it’s a bit less potent, which I’ll get into in the next section.

Although many see this as a benefit…

How Does Delta-8 Make You feel? 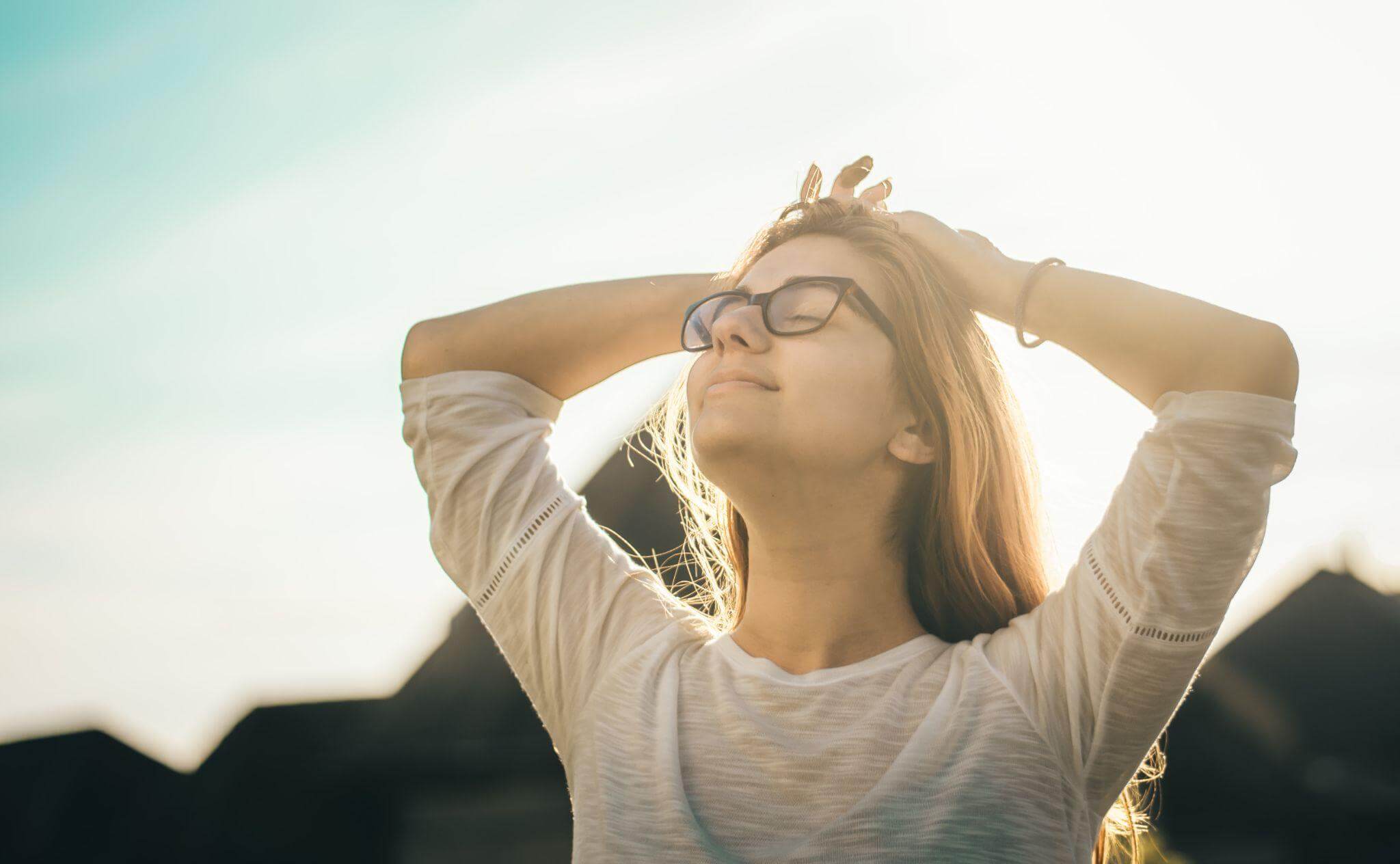 Because it IS different.

It feels different from delta-9 THC.

Delta-8 is commonly known now as a “milder” version of delta-9.

But that really doesn’t do it justice.

Because it’s just as fun and effective to smoke, vape, or eat as regular THC.

You can sum up the feeling of taking delta-8 in one word:

Most users who compare delta-9 THC with delta-8 edibles report fewer feelings of anxiety and paranoia when using delta-8. It’s a more relaxed and calm high.

Small doses of delta-8 typically result in a light boost of energy and focus without making your heart race.

While higher doses have a tranquil sedative effect without making you feel like you’re superglued to the couch.

What I’m trying to say is delta-8 is much less intense than delta-9 THC.

In many ways, it’s more enjoyable.

You never get that sense like you’re “out of control” of what’s happening to you, which is a fairly common experience when people get too high from delta-9 THC.

Try a FREE 5-pack of delta-8 gummies for a relaxed, mellow high today!

What are the top 5 benefits of Delta-8? 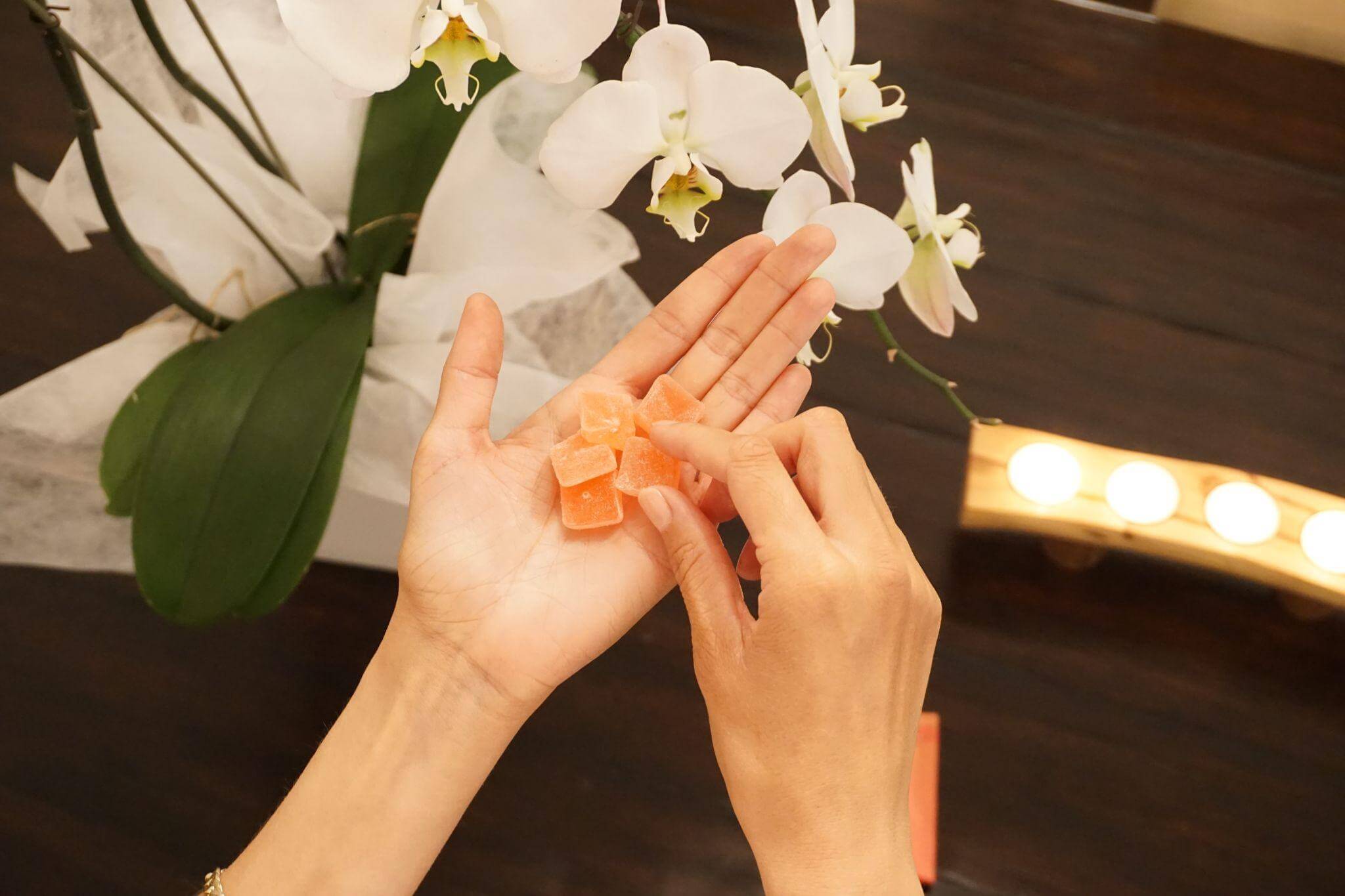 And most of those surveyed used edibles (such as gummies) to consume delta-8. Plus, participants largely agreed that delta-8 is a great substitute for delta-9 THC and even pharmaceutical drugs.

Delta-8 offers many of the same advantages as regular THC, sometimes even enhancing them, as reported by a growing number of users.

Below are the top 5 biggest benefits of consuming delta-8:

But I have to be realistic about its effects.

For a subset of people, consuming delta-9 THC produces a host of unwanted side effects.

This is because delta-9 THC largely impacts the brain more than the body.

For this group of people, delta-9 THC can cause undesirable experiences of cloudiness in thought, lethargy, paranoia, and in a very, very small subset of people: psychotic episodes.

Delta-8, on the other hand, has far less of a psychoactive effect.

It has a much lower concentration of delta-9 THC, and because it’s derived from CBD-containing hemp, it produces a more pleasant, serene “high.”

Delta-9 THC is well-known for lowering anxiety and stress and delta-8 has virtually all of those same properties, with the added benefit of fewer side effects, as I pointed out above.

Because delta-8 is less psychoactively potent, you may be able to use it in much higher doses without unwanted side effects.

Which means it may do a better job of lowering anxiety and stress while providing feelings of euphoria and upliftment.

Delta-8 is actively being studied for its anti-nausea effects, but some early studies from way back in the 90s have already established its antiemetic effects.

A 1995 study published in the National Library of Medicine was conducted to determine if delta-8 THC could be used to help pediatric patients with cancer fight off nausea and vomiting caused by chemotherapy.

The study found that delta-8 was 100% effective at reducing vomiting in all 480 kids.

The side effects observed from delta-8 “were negligible” – giving a serious advantage over delta-9 THC and allowing the patients to receive a higher dose without unwanted psychoactive effects.

Combine this with thousands of anecdotal reports from regular users, and you can see how powerful delta-8 is at reducing severe feelings of sickness (while enhancing feelings of happiness).

CBD is commonly used to alleviate all sorts of pain, from muscle to neurological pain and more.

Since delta-8 is derived from the same plant as CBD, hemp, it logically follows that delta-8 would have similar properties.

A study in the journal Cannabis and Cannabinoid Research found that delta-8 reduced the pain from corneal (front part of the eye) injury. It also discovered that delta-8 has pain-blocking and anti-inflammatory effects because of how it interacts with the CB1 receptor in the central nervous system.

Another study published in the National Library of Medicine found that delta-8 reduces the incidence and severity of the negative neurological effects of experimental autoimmune encephalomyelitis – a complicated medical term for a type of brain inflammation.

The big takeaway here is that delta-8 is actively being studied for its pain-relieving and inflammation-reducing effects, and the results so far are very good.

The munchies are a common occurrence when consuming delta-9 THC.

But delta-8 has a similar effect, and it’s pretty powerful.

One study from 2004 found that delta-8 significantly increases a healthy appetite while even encouraging more activity.

This is great news for those that want to eat more than they do now, especially those taking medications that suppress their appetite, such as amphetamines like Adderall.

It’s also good for those just trying to bulk up.

And even for those like me, who simply enjoy getting a little high before a hearty meal because it makes the food and experience that much better.

Why are gummies one of the best ways to take delta-8?

The answer is simple:

Brave Botanicals delta-8 gummies have a delightfully fruity flavor without a hemp aftertaste.

But more than that…

Many people don’t like smoking. Or have lung conditions that prevent them from experiencing the benefits of delta-8. Gummies are a perfect substitute.

And eating delta-8 produces a longer-lasting high because you have to digest the gummy. Which means more time enjoying the euphoria and calmness from delta-8.

I could go on and on about the myriad benefits of delta-8.

But why not try it for yourself?