Home ⁄ All ⁄ Human Brains Make Their Own ‘Marijuana’ from Conception Onward: Endocannabinoid System 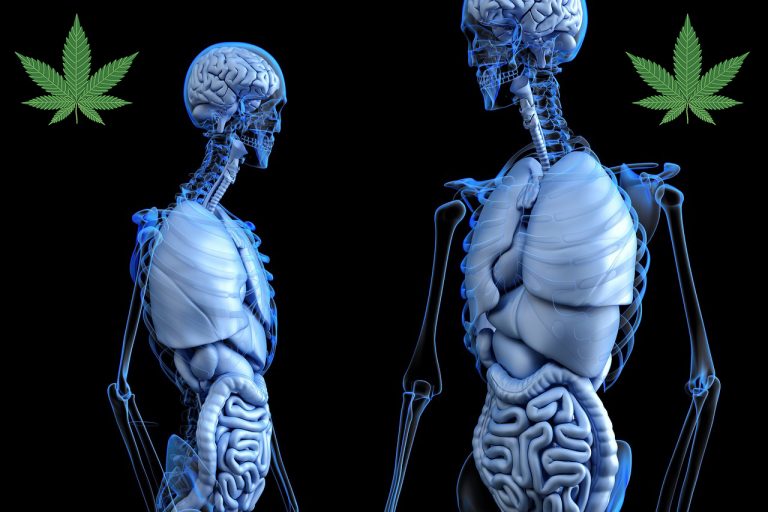 Written by Krystal Trammell of TheHomestead.guru

If reading that headline made you do a double-take, you’re not alone.

Apparently our bodies contain an entire Endocannabinoid System, and the modern medical system isn’t too terribly concerned with educating us about it.

The endocannabinoid system works in conjunction with opioid receptors in our brains, and plays crucial roles in curbing inflammation and maintaining homeostasis in many of the body’s systems, from the cellular level to the entire human body.

The EC system was actually discovered almost twenty years ago, when research into medical marijuana use was expanding, and being taken more seriously as a potential source for making more pharmaceuticals. U.S. and Brazilian scientists discovered over a decade ago that the brain creates proteins which act like marijuana, and are linked to specific receptor sites in the brain, as well as in our skin.

The human brain has two types of cannabinoid receptors, CB1 and CB2. THC, the “intoxicating compound” in marijuana, can attach itself to either of them.

However–why do we have two different receptor sites in our brains for cannabinoids in the first place?

Because the human body actually produces its own cannabinoids, which are crucial for development and physical growth.

Cannabinoids are present in breastmilk, in mothers’ bodies during pregnancy–and even in sperm cells. 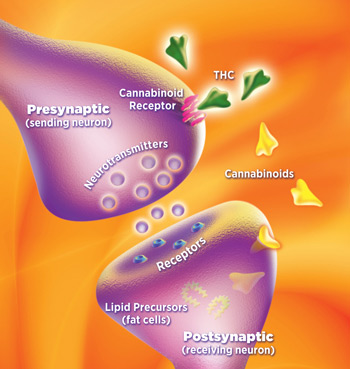 There is no way to completely remove THC and cannabinoids from the human body. We need cannabinoids to survive and grow, even in the fetal stage.

Endocannabinoids play a role in the sexual behaviour of males via the CB1 receptor, and the CB2 receptor is responsible for beginning production of sperm and regulating their swimming speed. Virtually all parts of female reproductive functions are affected by the endocannabinoid system.

The CB1 receptor plays a pivotal role in the formation of the fetus’s brain.

Literally every aspect of our physical development, from conception onward, is influenced by the presence of cannabinoids.

Further, the “runner’s high” phenomenon that many athletes describe, has been attributed to a rush of endorphins (those pleasure-causing hormones that are released to help us get through extreme physical events, such as childbirth). However, they’ve recently discovered that cannabinoids may be the true cause of this!

Our brain is making its own THC to create that “runner’s high”, as a response to extreme physical demand.

Cannabinoids are part of our normal physiology as human beings.

This leads to a bigger question: IS it safe for pregnant women to expose themselves to cannabis during pregnancy?

In a recent survey done in Canada, cannabis was rated as extremely effective or effective by 92% of the respondents who used it as a therapy for nausea and vomiting.

Most recent studies find that cannabis is indeed an effective remedy with few if any downsides for the expectant mother–however, research on the effect of cannabis in the developing fetus is still lacking in clarity.

Many women who experience nausea during pregnancy find that cannabis is even more effective than Zofran as a relief therapy.

This is especially true in cases of extreme vomiting, or Hyperemesis Gravidarum–where up to 15% of women suffering from this condition are driven to seek therapeutic termination. Cannabis can make a massive difference in these sorts of cases.

One thing is clear, however–cannabis undoubtedly has huge applications in not just treating pain, but in healing the physical body. Studies on CBD oil in children with chronic and deadly diseases show much promise for the long-term health applications of cannabis.

Cannabinoids, being an integral part of the human body, might be able to shift the focus of modern health care from palliative, to actually initiating vitality and improving overall health.