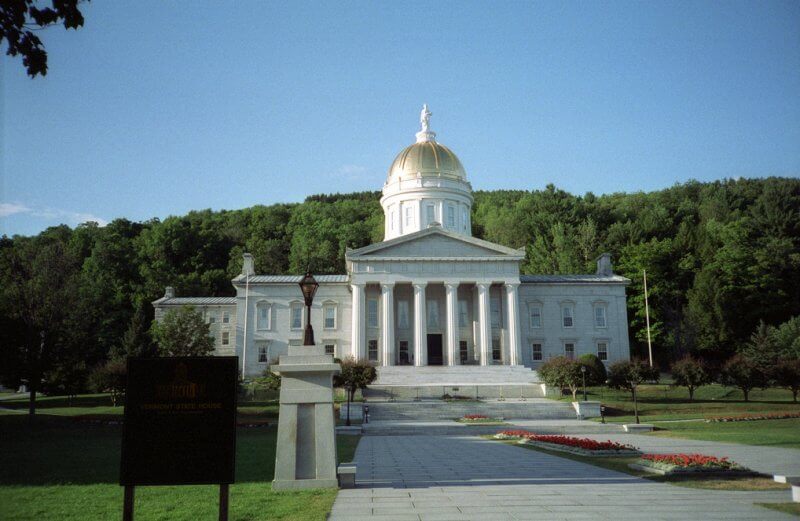 Before the birth of modern or allopathic medicines, people all over the globe used medicinal plants and herbal concoctions to manage their ailments. With the advent of modern medicines, the perception changed for many people regarding how they treated responded to their injuries and illnesses. Throughout it all, there remained a section of people who still preferred the use of plant-based medicines. Unfortunately for those people, many of these plants are now banned by governments all across the country and globe.
For years now, four plant-based medicines namely kratom, peyote, Psilocybin (“magic mushrooms”), and ayahuasca have been banned in the state of Vermont. A bill authored by Representative Brian Cina (P/D) which aims to decriminalize these four plant medicines was recently introduced in the Vermont Legislature. Rep. Cina asserted that, “Plants, especially plant medicines, should be accessible to people,” and that “use of plant medicine should be considered a health care issue and not a criminal one.” On a telephonic interview to “Marijuana Moment” Representative Cina shared that he decided to pursue the agenda because he shares a belief with “many people around the world that plants are a gift from nature and they’re a part of the web of life that humans are connected to.”
The introduction of the bill has certainly sparked relentless debate over the matter and whether it is right to decriminalize such plant-based drugs or not. Larry Norris, a co-founder of the national psychedelics reform group Decriminalize Nature supported the act saying, “It is exciting to see emerging interest at the state legislative level to support decriminalizing natural plants and fungi that are commonly used for medicinal, spiritual, religious, or entheogenic purposes.” It remains to be seen whether the bill will be welcomed by the legislature.
Kratom is made from the powderized leaves of the kratom evergreen tree and is drank mixed with water or juice, as a tea, or taken as in it’s capsule form. Studies show that Kratom helps with anxiety, depression, chronic pain, and mental focus. Kratom is currently banned in Vermont and five other states along with numerous cities and counties.

Psilocybin also known as “magic mushrooms” is a plant-based hallucinogenic medicine that many studies have proved is quite promising for the reversal of anxiety and depression. It has also been established that the dexterous use of the drug can help quit smoking. Additionally, it can help increase mental flexibility and can even be used to help with Obsessive Compulsive Disorder (OCD).Peyote is another plant medicine that causes hallucinations and has been used for ceremonial purposes for many years.Finally, Ayahuasca is a lessor known plant medicine that is used in spiritual and religious ceremonies. The plant is believed to improve the psychological well being of its users and can help fight treatment-resistant depression, anxiety, and drug-dependence.

With much fear and propaganda still surrounding these plant-remedies, only time will tell if the Vermont State Legislature will side with nature or continue the prohibition of these helpful plant remedies.
At Brave Botanicals we will continue to keep you up to date with the latest from the front lines of the battle for health freedom.
You can read the legislation here – https://legislature.vermont.gov/bill/status/2020/H.878

Join the Brave Community through one of our Facebook groups!!!   The Brave Botanicals Community Group is a customer support group where you can ask questions, find news and tips, and also get exclusive deals.

The Brave New You Recovery Support Group is a facebook group dedicated to providing support, community, and comradery for those that are struggling with addiction or have dealt with addiction in the past.

The Brave New You Self Improvement Group is a general self improvement group for those looking for find more peace and balance in their lives.