FDA Czar Dr. Scott Goettlieb and His War on Kratom

Home ⁄ All ⁄ FDA Czar Dr. Scott Goettlieb and His War on Kratom 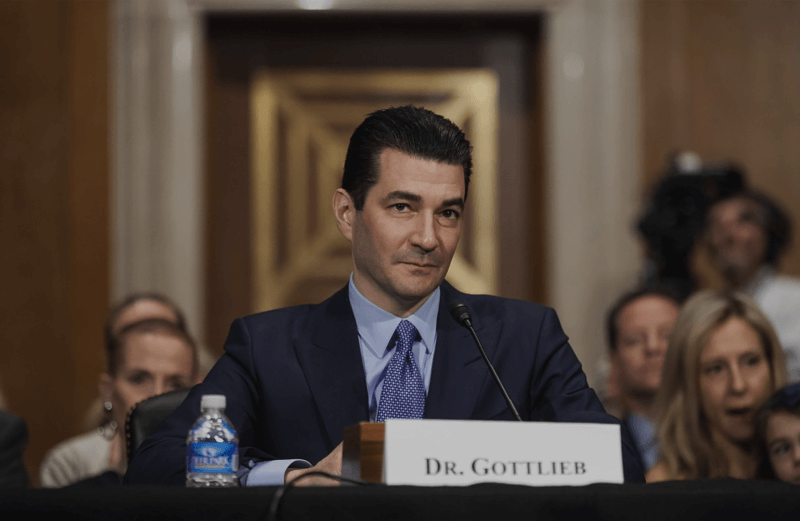 FDA Czar Dr. Scott Goettlieb and His War on Kratom

Mitragyna speciosa, otherwise known as “kratom,” is a plant that’s native to Southeast Asia and has been widely acknowledged for its therapeutic properties since it’s first reported use as medicine in the mid-19th Century. Kratom was first prescribed as an effective opioid substitute for addicts in Thailand and in Malaysia after 1835. It wasn’t until the 21st Century when kratom use became more widespread in the United States.

Drug overdoses, primarily opioid related, are reported to have killed more Americans in 2016 than were killed in the entirety of the Vietnam War. Many recovering opioid addicts are also now finding relief from their withdrawal symptoms through the use of kratom.

The apparent benefits, however, of kratom for recovering addicts hasn’t stopped federal authorities from deeming kratom “a drug”, “an opioid”, “a narcotic,” and thus, “unfit for public consumption.” The DEA has even gone so far as to claim that kratom “has no recognized medicinal value.” As of late, one of the biggest opponents of kratom has been Dr. Scott Gottlieb, a former Scott Walker senior advisor and former Donald Trump campaigner with a controversial background as a conservative crony and Big Pharma pill-pusher. Per the terms of an ethics agreement he agreed to prior to his confirmation by the U.S. Senate as FDA head in 2017, Dr. Gottlieb declared his intention to rescue himself “for one year from any agency decisions involving about 20 health care companies he worked with.” These companies include Bristol-Myers Squibb, New Enterprise, TR Winston, MedAvante, Glytec, GSK, Cell Biotherapy, and Vertex Pharmaceuticals.

In the immediate aftermath of 9/11, Dr. Gottlieb received top-secret security clearance. He was appointed to be a part of the George W. Bush administration’s White House Biodefense Interagency Working Group that was tasked with development of a strategic U.S. government plan for the development of U.S. biodefense countermeasures. These countermeasures, interestingly enough, failed to prevent the infamous anthrax attacks that were later traced back to a U.S. government scientist, and not to Iraq, as previously claimed. The Interagency Working Group utterly failed in its stated intention of preventing bio-terrorist attacks. Yet today, Dr. Gottlieb is being tasked with the overseeing the safety of food and drugs in America.

While a resident fellow with a focus on drug policy at the American Enterprise Institute, a prominent neoconservative and far right think-tank famous for outrageously lying about Middle East wars, Dr. Gottlieb gained notoriety as a political pundit who was critical of Obamacare on the grounds that it infringed on Americans’ healthcare freedoms. Ironically enough, here he is now, head of the FDA – infringing on Americans’ healthcare freedom by working to deny millions of Americans the right to consume the all natural plant, kratom. Senator Rand Paul, despite all of his talk of healthcare freedom and his principled stands for civil liberties while President Obama was in office, was one of fifty-seven U.S. senators who voted to approve of his nomination as FDA czar in 2017.

Dr. Gottlieb considers it “very troubling to the FDA that patients believe they can use kratom to treat opioid withdrawal symptoms,” in spite of evidence that effectively demonstrates otherwise. This is a disappointing move from an administration that claims to want to “do something” to alleviate the opioid crisis.

Click here to Read our 10 Page Report on the FDA’s War on Kratom.

One thought on “FDA Czar Dr. Scott Goettlieb and His War on Kratom”