Home ⁄ All ⁄ Share Your Kratom Story On CrisisNextDoor.gov and Help Spread Kratom Awareness! 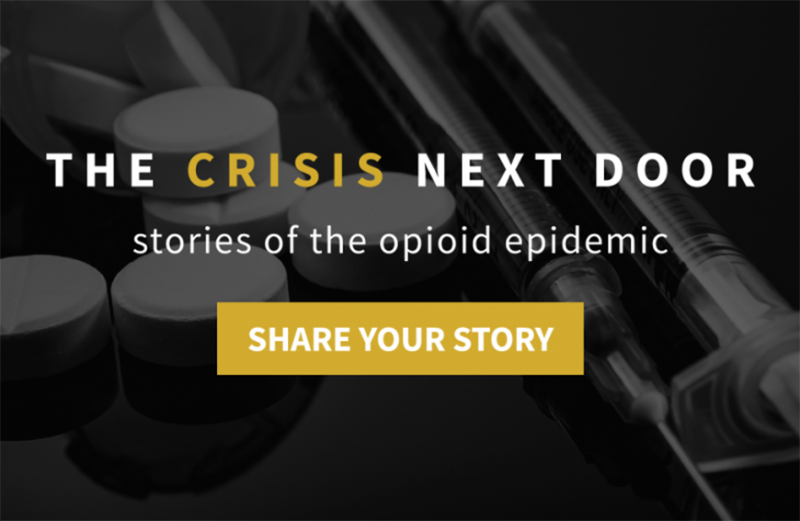 How can I help and what can we do?

Tell the world your story of overcoming addiction and with the use of kratom to help raise awareness and change the way people approach the opioid crisis in America. Help more Americans discover a viable solution to the Crisis Next Door.

On October 26th, 2017 President Donald Trump declared an opioid addiction crisis in the United States. Along with the declaration, the White House launched the website, CrisisNextDoor.gov, which serves as a portal for people affected by the epidemic, encouraging visitors to leave a short video message about how opioids have had a negative impact on their lives.

The thirty-or-so videos contain testimonials from Americans in various states, with a somewhat diverse demographic. Most of the testimonies are short, poignant and follow a similar theme of lack of public knowledge and resources regarding opiate addiction.


Where do we go to share and help rase awareness? By having awareness and adding your voice to the stories told about addiction, you have an opportunity to prevent a potentially life-saving plant from being criminalized.


The fact is that we are often underprepared to deal with serious addiction. There have been numerous medical advances in dealing with opiate withdrawal, however, the drawbacks of the transitional medication is that they often do not address the underlying source of the addiction—be it trauma, mental illness, poverty, etc—and the drugs themselves can often replace one addiction with another. Many recovering opioid addicts have turned their attention to the lesser-known member of the coffee family, Mitragyna Speciosa, or kratom for the layman. There are more than 20 biologically active compounds found in the leaves of this plant that bind with opioid receptors in the human brain and have been shown to combat the symptoms of withdrawal.

Despite kratom somewhat more well-known among the holistic community, many still find themselves receiving and consequentially spreading misinformation regarding this miraculous plant.

It is the moral duty and social responsibility of kratom users and advocates to share their stories of pain relief and overcoming addiction. Those familiar with the plant are the best resource to end the demonization and share the healing and potentially-life-saving qualities found in Mitragyna Speciosa.

Although CrisisNextDoor.gov currently has no reference to kratom from its contributors, plenty of testimonies for kratom use can be found on YouTube and Twitter. Many are results of the #IAMKRATOM movement that swept the internet last year when the FDA once again threatened to classify kratom as an illicit substance. The social media outcry from knowledgeable kratom users spiked public interest and resulted in more individual research from those who were previously dismissive.

One example is YouTuber Brutal Dom, who dedicated a video on his channel to his journey from a prescription painkiller addict to a free man. He originally used the well-known withdrawal treatment suboxone to wean himself off the pain-killers and was fearful of developing a dependency. He made the choice to use kratom as an alternative treatment and after some clumsy experimentation, he was able to taper down his kratom use to avoid any come-downs associated with opioid or opioid-like substances. This video has 92,000 views at the moment and an excellent dialogue of questions, answers and opinions in the comments.

The kratom awareness community has an imperative to pave a road to a more honest, natural and cost-effective addiction solution. If you or someone close to you has overcome opioid addiction by using kratom, we implore you to share your story to CrisisNextDoor.gov, or any social media of your choosing.


You can change public opinion and perhaps enough voices will open the door for official kratom research that will support the truth of this amazing holistic plant.

In addition please check out our Kratom Activist Center (KAC).